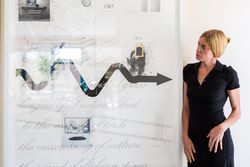 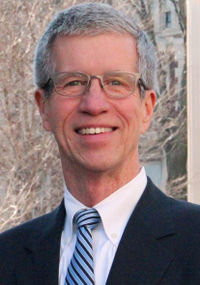 Kent Daniel is the William von Mueffling Professor of Business in the Finance and Economics Division at the Graduate School of Business at Columbia University. From 1996 to 2006, Kent was at the Kellogg School of Management at Northwestern University, where he was the John and Helen Kellogg Distinguished Professor of Finance (on leave from 2004-2006). Previously, he served on the faculties of the University of Chicago and the University of British Columbia.

Cade Massey is a Practice Professor in the Wharton School’s Operations, Information and Decisions Department. He received his PhD from the University of Chicago and taught at Duke University and Yale University before moving to Penn. Massey’s research focuses on judgment under uncertainty – how, and how well, people predict what will happen in the future. His work draws on experimental and “real world” data such as employee stock options, 401k savings, the National Football League draft, and graduate school admissions. His research has led to long-time collaborations with Google, Merck and multiple professional sports franchises. Massey’s research has been published in leading psychology and management journals, and covered by the New York Times, Wall Street Journal, Washington Post, The Economist, and National Public Radio.

Talk Title: Experts: Can’t Live With Them, Can’t Just Replace’em with an Algorithm

Abstract: Algorithms are getting better, and more common, as a replacement for human judgment. This transition from expert to algorithm is a challenging one, and in many cases the best performance comes from blending experts and algorithms. But blending these two very different decision modes is difficult and many organizations struggle as a result. In this session we will draw on experience in personnel evaluation, sports betting, and graduate school admissions to highlight the challenges involved as well as some successful examples. The goal of the work is to provide a structure for thinking about this problem, articulate emerging best practices, and suggest additional research needed to improve practice. 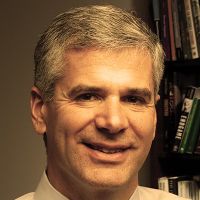 Prior to joining BlueMountain, Michael J. Mauboussin was Head of Global Financial Strategies at Credit Suisse and Chief Investment Strategist at Legg Mason Capital Management. He is also the author of three books, including More Than You Know: Finding Financial Wisdom in Unconventional Places, named in the The 100 Best Business Books of All Time by 800-CEO-Read.

Michael has been an adjunct professor of finance at Columbia Business School since 1993, and received the Dean's Award for Teaching Excellence in 2009 and 2016. He is also chairman of the board of trustees of the Santa Fe Institute, a leading center for multi-disciplinary research in complex systems theory.

Talk Title: The Wisdom & Whims of the Crowd

Abstract: This talk with explore the topic of stock market efficiency. It will start by considering the pros and cons of standard models of efficiency, and then turn a model of markets as a complex adaptive system. It will then explore the conditions under which markets tend toward efficiency (wisdom) and what happens when those conditions are violated (whim). The complex adaptive systems model reconciles that fact that it is hard for investors to beat the market with the reality that markets periodically go to extremes. 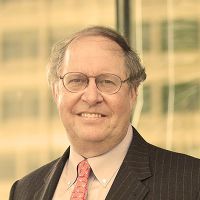 Bill was the director of research for Legg Mason from October 1981 through June 1985, and assumed overall responsibility for Legg Mason’s equity funds management division in 1990. Prior to joining Legg Mason in 1981, he served as treasurer of the JE Baker Company, a major manufacturer of products for the steel and cement industries.

Bill earned his economics degree from Washington and Lee University where he graduated with honors in 1972. Subsequent to graduation, he served as a military intelligence officer overseas and then pursued graduate studies in philosophy in the PhD program at The Johns Hopkins University. He received his CFA designation in 1986. Mr. Miller is Chairman Emeritus of the Board of Trustees of the Santa Fe Institute where he served as chairman from 2005 to 2009. The Santa Fe Institute is one of the world’s leading scientific research laboratories, conducting multidisciplinary research in complex systems theory.

1 Legg Mason Value Trust-Class C beat the S&P 500 on an annual basis from 1990-2005. Bill Miller no longer manages the fund.
2 Moringstar’s Award for “Domestic Equity Fund Manager of the Year 1988” recognizes portfolio managers who demonstrate excellent investment skill, the courage to differ from consensus, and the commitment to shareholders necessary to deliver outstanding long-term performance.

Scott Page's research focuses on the myriad roles that diversity plays in complex systems. For example, how does diversity arise? Does diversity make a system more productive? How does diversity impact robustness? Does it make a system prone to large events? He has written three books: The Difference, which demonstrates the benefits and costs of diversity in social contexts, Complex Adaptive Social Systems (with John Miller), which provides an introduction to complexity theory, and, most recently, Diversity and Complexity, which explores the contributions of diversity to complex systems. He has also published papers in a variety of disciplines including economics, political science, computer science, management, physics, public health, geography, urban planning, engineering, and history. In addition to writing papers and books, he has also filmed a video course on complexity called Understanding Complexity. 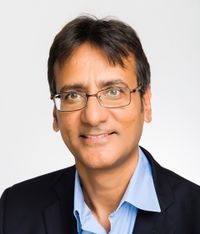 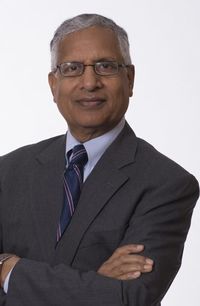 Shyam Sunder is James L. Frank Professor of Accounting, Economics and Finance at Yale School of Management, and a pioneer in experimental economics. His research on information in financial markets and macroeconomics has appeared in over 200 articles in prestigious accounting, economics and finance journals. His inquiry (with D. Gode) into structural properties of markets using zero- or minimally intelligent agents was a seminal innovation whose applications have spread to computer science, engineering, finance, artificial intelligence, e-commerce, and other disciplines. His tenth book, Risky Curves: On the Empirical Failure of Expected Utility, co-authored with Dan Friedman, Mark Isaac and Duncan James, was published in 2014.

In his 1945 seminal paper, “The Use of Knowledge in Society,” Friedrich A. Hayek proposed a radical idea. The function of markets, he wrote, is to aggregate bits and pieces of information dispersed among the millions of us. This aggregation enables market prices and allocations to take into account the sum total of all that information which is beyond the grasp of any single person, not even the central planner. However, the conditions under which aggregation occurs, and the process behind it, remained unknown, and Hayek labeled it the “spontaneous order,” which now goes under the popular moniker of “Wisdom of the Crowds.” The seventy years since Hayek wrote have yielded evidence that (1) such aggregation of dispersed information can occur and (2) certain conditions assist such aggregation. During the past 25 years, we have also starting to gain some insights into this heretofore magical process. In addition to human intelligence, the structure of market institutions are an important determinant of their outcomes. This shift from behavior towards structure holds promise of making the hand behind the markets visible. 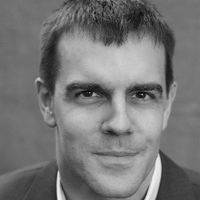 James Surowiecki is the foremost authority on how to harness the collective wisdom of organizations for competitive advantage. His definitive book is called The Wisdom of Crowds: Why The Many Are Smarter Than The Few And How Collective Wisdom Shapes Business, Economies, Societies And Nations. In this book, Jim describes systematic ways to organize and aggregate the intelligence available in your organization in order to arrive at superior decisions — often better than those that individuals would make, even if they are ‘experts’. Jim wrote the financial column for The New Yorker from 2000-2017. He has written for a broad range of other publications on a wide variety of topics. His work has appeared in The New York Times Magazine, Wired, and The Wall Street Journal and other major publications. He wrote "The Bottom Line" column for New York magazine, and was a contributing editor at Fortune. 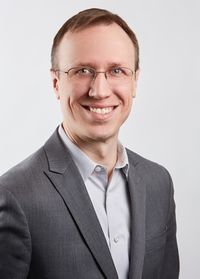 Paul Tetlock is a Professor of Business in the Finance Division at Columbia Business School. His research interests include behavioral finance and asset pricing. One area of his research examines how firms' stock market prices respond to the content of news stories. His 2007 Journal of Finance study on the impact of negative words, such as "flaw" and "ruin", won the Smith-Breeden Prize for the best article in asset pricing. His research has been featured in popular press outlets such as Business Week, The Economist, The New York Times, and The Wall Street Journal. He currently serves as Associate Editor at the Journal of Finance and Review of Financial Studies. 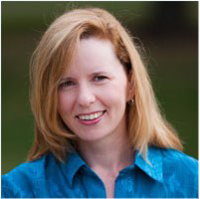 Anita Williams Woolley's research and teaching interests include collaborative analysis and problem-solving in teams; online collaboration and collective intelligence; and managing multiple team memberships. Her research has been published in Science, Organization Science, Academy of Management Review, Journal of Organizational Behavior, Small Group Research, and Research on Managing Groups and Teams, among others. Her research has been funded by grants from the National Science Foundation, the U.S. Army Research Office, and private corporations.

Her talk "Collective Intelligence & the Key Factors Influencing Team Performance" will focus on:

The Collective Intelligence Lab session will look at team examples both in video clips and in short case synopses and apply the concepts from the lecture to assess the collective intelligence in the team and the steps leaders might take to improve it. 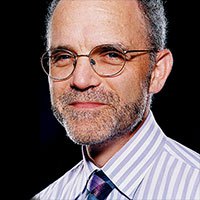 Jason Zweig became a personal finance columnist for The Wall Street Journal in 2008. Zweig is also the editor of the revised edition of Benjamin Graham’s The Intelligent Investor (HarperCollins, 2003), the classic text that Warren Buffett has described as “by far the best book about investing ever written.” He is the author of Your Money and Your Brain (Simon & Schuster, 2007), one of the first books to explore the neuroscience of investing, and The Devil’s Financial Dictionary (PublicAffairs, 2015), a satirical glossary of Wall Street.