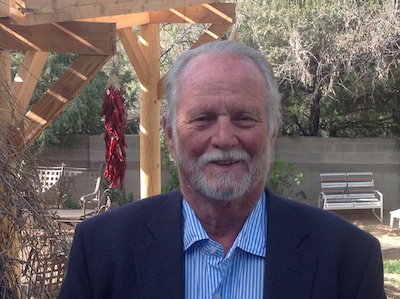 I am completing my 47th year as a teacher this June. In those years, I have taught many levels from preschool through college, and have been an instructor in the army, as well as a corporate trainer. I have taught a variety of classes from Auto Repair to AP Physics. In all likelihood, this will be my last year of going to school every day. I have been in high school for close to 50 years-- that may be enough.

I have retired twice. I’m avoiding the “R” word this time. Each time I’ve thought it was over, and then I would move on to something different, “Good Opportunities” have revealed themselves. The same may be true this year. I’ve learned to never say never….it may be my scientific training. My interest in science goes back as far as I remember. It increased when my mother bought me a subscription to Scientific American when I was eleven. I’ve been a subscriber ever since. I also was fortunate to have amazing science teachers from elementary school through college.I graduated from Michigan State with a degree in Zoology and a minor in chemistry. I was also fortunate to have the opportunity to do work in Nuclear Chemistry at the University of Michigan. After graduation, I served in the Army. Returning to graduate school at Michigan State University, I took classes in biochemistry and physics. I took a few years off to experience the corporate world, and worked on fishing boats in Puget Sound. An opportunity provided by the veteran’s administration allowed me to work in an elementary school with deaf children. That experience led to a Masters’ degree in Special Education and twenty eight years of working in schools for the Deaf, the last twenty here in Santa Fe (five years as a teacher, and fifteen as Dean of Students).

I retired for the first time in 1999, and worked as a contractor for eight months. When an opportunity to teach chemistry and physics at St. Michael’s High School came along, I returned to the classroom for twelve years. After retiring from SMHS in 2010, I opened the Sunday want ads three weeks later. That led to the last five years working at the New Mexico School for the Arts teaching chemistry, physics, and ninth grade science.