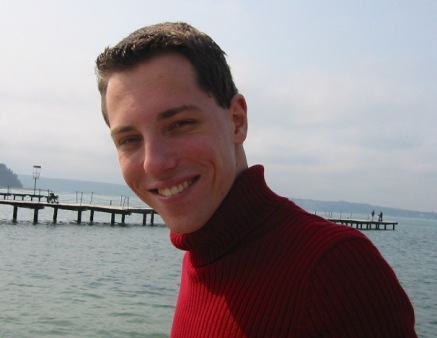 1. What topics do you have some expertise in and would you be willing to help others learn them?

3. Do you have any projects that would benefit from interdisciplinary approach?

4. Do you have any ideas for what sort of project you would like to attack this summer?

6. If you were given the opportunity to see where we were in one hundred years with respect to progress on one problem/subject, what would it be?

• human colonization of other planets

In a kingdom far, far away lives a man by the name of Marko. He is a mechanical engineer and has always been interested in operation of human brain and the use of brain theory principles in human made intelligence systems. So in his graduate studies he set out on a journey to build a brain for an energy distribution system. The brain’s primary role would be to predict short term energy consumption of its clients from past experience and estimate the risk of prediction error. Based on this the system would determine its economically optimal operation. That would assure the system operating costs would be as low as possible while all the clients energy needs would be satisfied. After a successful birth of the first prediction brain an entrepreneurial bug bit him so he set out to use the prediction brains commercially in several district energy distribution systems.

The developed brains were using simulated neural networks and genetic algorithms to solve their tasks. But Marko still was not satisfied with the intelligence capabilities his brains were having. So now he is starting to examine the use of more sophisticated brain theory principles to autonomously solve given problems. He is especially interested in using Jeff Hawkins’ memory-prediction framework of the brain (Hierarchical Temporal Memory) for intelligent extraction of information from past experience. To effectively use this framework he needs to have more knowledge in the fields of neuroscience, dynamics of complex systems, etc. Armed with this knowledge maybe some day he will be able to answer his favorite problem of how to develop an intelligent system that autonomously extracts and understands the information available on the internet.

Whenever Marko is tired of playing with his artificial intelligence buddies he loves to interact and communicate with other people. In his free time he also practices some weird sport of golf, runs a lot and tries to devote as much time as possible to his princess.

Now he is setting out on a journey half across the world to a beautiful small town of Santa Fe to conquer new knowledge, form new friendships and have an unforgettable experience.