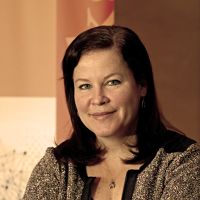 Katherine Collins is the first Head of Sustainable Investing at Putnam Investments, Founder of Honeybee Capital, the precursor to Honeybee Capital Foundation, and a trustee of the Santa Fe Institute.

After many years serving as head of research and portfolio manager at Fidelity Investments, Katherine set out to re-integrate her investment philosophy with the broader world, traveling as a pilgrim and volunteer, earning her MTS degree at Harvard Divinity School, and studying biomimicry and the natural world as guides for investing in an integrated, regenerative way, beneficial to our communities and our planet. Katherine is author of The Nature of Investing, and her closest neighbors in Massachusetts are several thousand honeybees. 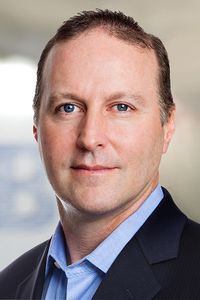 Chris Conncannon is the President and Chief Operating Officer of MarketAxess, where he has been since January 2019.  In this role, Mr. Concannon oversees day-to-day operations, corporate development, long-term technology strategy and global data strategy for MarketAxess globally.

Mr. Concannon was most recently the President and Chief Operating Officer of Cboe Global Markets Inc, where he was responsible for Cboe’s transaction businesses, including Global Derivatives, U.S. and European Equities, and Global Foreign Exchange – as well as overseeing the company’s Technology, Operations, Risk, and Marketing divisions.  Prior to his role at the Cboe, Mr. Concannon was the Chief Executive Officer of Bats Global Markets, where he led the company’s initial public offering in 2016, as well as its acquisition by the Cboe in February 2017.

Mr. Concannon has more than 20 years of experience as an executive at Nasdaq, Virtu Financial, Instinet and as an attorney at Morgan Lewis and Bockius and the Securities and Exchange Commission. 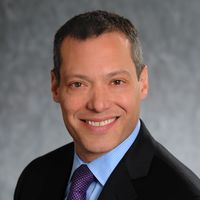 Jonathan Kellner is the CEO of Members Exchange (MEMX), a recently launched venture that intends to be an independent U.S. securities exchange. The venture is backed by a diverse group of market participants, including some of the industry’s largest broker-dealers, banks, and market makers. Kellner is responsible for MEMX’s strategic vision, with an initial focus on assembling the staff, establishing and maintaining a positive workplace culture, and guiding the company through the build-out of its technology platform and the exchange approval process with the U.S. Securities and Exchange Commission. 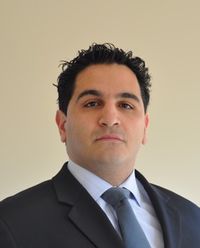 Mani Mahjouri is the CEO and CIO of Blueshift Asset Management. Mr. Mahjouri is responsible for the firm’s overall investment and business initiatives. Mr. Mahjouri has over 20 years’ experience in the financial industry. Prior to co-founding Blueshift, he served as CIO and Chief Strategist of Tradeworx, Inc. Prior to that, he was Global Head of Foreign Exchange at Sun Trading, LLC, where he ran its electronic market making operation in FX. Mr. Mahjouri began his career at AQR Capital Management, where he became a senior member of the Global Asset Allocation team responsible for fixed income strategies. Mr. Mahjouri completed a triple major from MIT with a B.S. in Physics, B.S. in Mathematics, and B.S. in Finance. 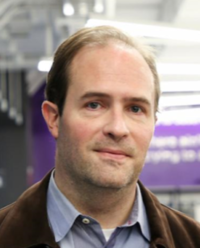 Gordon Ritter is a Professor at NYU Courant and Tandon, Baruch College, and Rutgers, and an elite buy-side quantitative trader / portfolio manager (selected as Buy-Side Quant of the Year, 2019). His scholarly research papers have 10,000+ downloads; he is an expert in optimization, statistical machine learning and its applications in finance. Most recently Gordon founded his own quantitative trading firm; before that he was a senior portfolio manager at GSA Capital where he designed, built, and managed statistical arbitrage strategies in multiple geographies and asset classes, and directed research in GSA's New York office. (GSA won the Equity Market Neutral & Quantitative Strategies category at the Eurohedge awards four times, with numerous other awards.) Prior to GSA, Gordon was a Vice President of Highbridge Capital and a core member of the firm's statistical arbitrage group. Prior to entering the hedge fund industry in 2007, Gordon completed his PhD in mathematical physics at Harvard University, where he worked with Arthur Jaffe and published papers in international journals across the fields of quantum computation, quantum field theory, and abstract algebra. He earned his Bachelor's degree with honors in Mathematics from the University of Chicago. 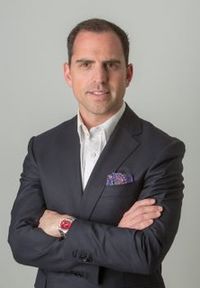 Ari Rubenstein is co-founder and Chief Executive Officer of GTS, an industry leading trading and technology firm. Under his leadership, GTS has grown from a start-up proprietary trading firm into an international company that trades over 20,000 different financial instruments globally and is the largest Designated Market Maker at the New York Stock Exchange – where the firm has been number-one in IPO allocations and capital raised for five years running.On any given day, GTS’ proprietary systems trade as much as a billion shares of U.S. equities and through its retail and ETF market making business, GTS touches virtually every trading household in the United States.

Mr. Rubenstein began his career in the mid-1990s as a runner on the floor of the commodities exchange in New York City. In this position, he experienced firsthand the modernization of the financial markets. Mr. Rubenstein and his colleagues have built GTS into what is today a leading quantitative trading firm that leverages the best in artificial intelligence systems and innovative pricing models to bring consistency, efficiency, and transparency to today’s financial markets.In his leadership role at GTS, Mr. Rubenstein heads day-to-day management of the firm. He develops and deploys new trading businesses, partners with other leading industry participants and works alongside GTS’ partners to oversee operations and strategic initiatives.

Mr. Rubenstein is a vocal supporter of the efficiency and democratization of modern markets and an outspoken advocate for thoughtful, intelligent, and data-driven regulation. He has appeared before the U.S. House Financial Services Committee and the Securities & Exchange Commission, testifying on key market structure issues, including the importance of publicly listed companies in driving job creation, capital raising and economic growth. He frequently collaborates with regulators - as a member of the Financial Industry Regulatory Authority’s market surveillance advisory board - and his industry peers on efforts to ensure pragmatic, investor-first oversight of our financial markets.

Mr. Rubenstein has also penned numerous op-eds on these topics in prominent publications including The Wall Street Journal, Business Insider and CNBC.com. In 2013, Mr. Rubenstein cofounded the Modern Markets Initiative (MMI), an education and advocacy organization dedicated to advancing secure savings and investment through innovation in the markets. Mr. Rubenstein is a graduate of the University of Vermont. He lives in Manhattan with his wife and three daughters. 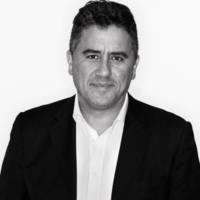 Dario Villani is CEO and Co-Founder of Duality Group. Dario has managed multi-billion dollar portfolios within credit, interest rates, and commodities. Previously, he served as Global Head of Portfolio Strategy and Risk at Tudor Investment Corporation. He shared the 2016 Risk.net Buy-Side Quant of the Year Award, and has authored research papers in finance, theoretical physics, statistics and portfolio management. Dario holds a Ph.D. in Theoretical Physics from Salerno University and a Master in Finance from Princeton University where he also taught a popular course in trading and risk management. 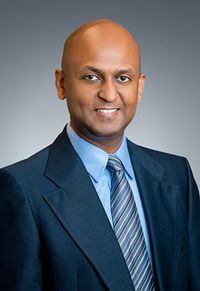 Haimera Workie is the Head of Financial Innovation and Senior Director at FINRA.  In this capacity, he is responsible for leading FINRA’s Office of Financial Innovation, which focuses on analyzing financial technology (FinTech) innovations and emerging risks and trends related to the securities market. As part of these responsibilities, Mr. Workie works to foster an ongoing dialogue with market participants in order to build a better understanding of FinTech innovations and their impact on the securities markets.  Previously, Mr. Workie served as Deputy Associate Director in the Division of Trading and Markets at the U.S. Securities and Exchange Commission. Mr. Workie also previously served as Counsel in the SEC Office of the Chairman. Prior to joining the SEC, he was an associate at the law firm of Skadden, Arps, Slate, Meagher & Flom, with a practice focusing on corporate law. He is a graduate of the Massachusetts Institute of Technology (B.S., M.S.) and Harvard Law School (J.D.). 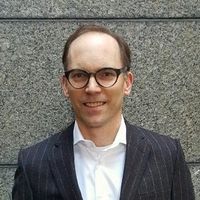 Jeffrey Young is a co-founder and the CEO of DeepMacro, LLC., a technology company that provides early, independent assessment of economic conditions across the developed and emerging world. DeepMacro integrates novel “Big Data” information with a global macroeconomic framework, and builds investment strategies on this platform. Prior to founding DeepMacro in 2016, he worked at Caxton Associates, and he has also been Director of Research at Woodbine Capital, Chief Economist and FX Portfolio Manager at Platinum Grove Asset Management, Global Head of FX Research and Strategy at Citigroup, and Economist for Japan at Salomon Brothers and its successors (based in Tokyo for 12 years). Experience in both systematic and discretionary economics, FX, and FI analysis, and long-standing focus on the Asia region.