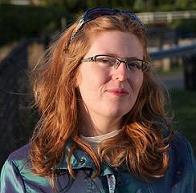 I am in my second year of a Ph.D. program in Sociology at the University of Washington and will be assisting a faculty member in Anthropology next year with some agent-based modeling of the emergence of inequality in small egalitarian societies. As an undergraduate, I received a double-major in Physics and Sociology at the University of Texas. Between undergraduate and graduate school, I worked as an Americorps member as well as in public outreach and public policy.

When I am not spending all of my time ever taking care of the seemingly infinite amount of stuff I have to do as a graduate student, I enjoy writing, nights out on the town, dancing, art museums, drawing, music/art festivals, and exploring the ridiculously gorgeous natural areas up here in the Pacific Northwest. I also enjoy some geeky things, not the least of which being webcomics. I thought this one might be particularly germane to our upcoming time together: Fields Arranged by Purity

Seems like a useful way to organize ourselves…but I guess deciding that we should impose this on the group beforehand kind of goes against the spirit of the whole endeavor, doesn’t it?

If we are going for “pie in the sky” ideas here, then I ultimately want to see (and hopefully be part of) the development of a “Sociological” equivalent to Economics’ rational actor!

At present, the social sciences, outside of those areas amenable to conceptualization using the rational-actor model, often lack a shared theoretical core. This has made it hard to integrate our research into more powerful statements on how the social world operates, and I think more generally has severely foreshortened the analytic leverage our models can offer. This lack of core does not mean, however, that there has not been a lot of implicit conceptual overlap in what we have developed so far.

My present work is on constructing a simple but (hopefully!) highly generative nonrational microfoundation that represents a synthesis of classical sociological conceptions of human actors, such as those of Durkheim and Goffman, with modern research on the nature of human cognition. I am basically trying to come up with a good, useful model of how humans’ imposition of a particular mental representation of the world (which could also be thought of as “schema,” “frame,” “mental model,” or any number of other similar concepts) is dependent upon the representations she perceives those around her imposing.

If it all works out like I am hoping it will, the interactions between these simple “sociological” actors will end up generating, from the bottom-up, explanations of social dynamics which resonate strongly with a wide body of existing work and also point the way to new lines of empirical inquiry.

What I hope to Gain from CSSS

I have an incredible amount to gain from CSSS. My interest in how advances in complex systems research might be able to help us develop vastly more powerful explanations of the social world actually spurred my entry into graduate work in Sociology. Having arrived in the discipline, however, I have found myself faced with a scarcity of the standard resources (classes, mentors, etc.) that are usually made available to help students master new concepts and methodologies. CSSS is going to be a fantastic opportunity for me to fill in the huge gaps I have in what I have been able to teach myself so far.

A conception of human actors is useless for social theory if it cannot be systematically elaborated into statements about system level behavior. Given the inherent interdependencies of individuals’ cognition that are at the center of the dynamics I am interested in, agent-based modeling is supremely well suited to my present work.

I already have a strong outline for how I want to specify this agent involving relative thresholds for mental representation imposition and the incorporation of social information feedbacks from others in the environment to adjust those threshold values. I now need to do the work of actually translating that design into an agent-based model. I would absolutely love to have some collaboration on this.

Beyond developing that core model, I also have a long list of additional parameterizations that I am also interested in. Any other systems which might be working with these things are also of high interest to me. Here are a few of the many things I have thought about so far: