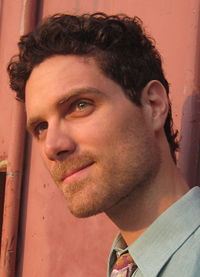 Andy is a PhD candidate in the Energy and Resources Group at the University of California, Berkeley. Among other things, he is interested in our ability to understand and govern human influence on the climate via land use. This has led him to explore both the physical science of land surface interactions with the climate system as well as the economics of land use decision-making, i.e. the slippery dynamics of how land use change in one location affects the pattern of land use elsewhere through market mechanisms. Much of his existing work has focused on the role of biofuels in a low-carbon future, attempting to weigh the benefits of petroleum substitution against the significant land use changes required to produce crop-based biofuels at scale.

As an undergraduate math major and former student of cognitive neuroscience, Andy has a long-standing interest in modeling dynamic systems. In the context of his more recent work on the climatic consequences of land use, he would like to examine the roles that models of complex systems can play in governance, either by offering insight into what is possible or by estimating specific metrics that guide decision making.