I’m a scientist turned journalist who covers science, technology, and health in print, on television and on stage. My writing has appeared in The Daily Beast, Scientific American, Scientific American MIND, and The Scientist. (I have a side gig writing obituaries for The Lancet. Hopefully that remains irrelevant to all of you for a long time!) I graduated from MIT with a degree in chemical engineering and studied botany at the University of Canterbury in Christchurch, New Zealand. After earning a masters degree in science journalism from NYU, I worked as an associate producer for the PBS science series NOVA scienceNOW, then as a producer for the World Science Festival and now for The Daily Beast. 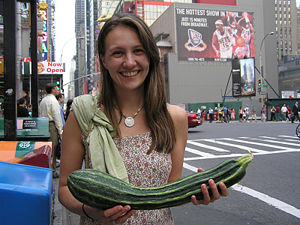 I live in Astoria, NY and Bucks County, Pennsylvania, where I garden, rock climb, ski and try to play the banjo. The picture sums up my existence.

What do I bring?

What do I hope to get from CSSS?