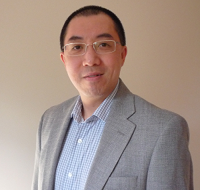 Will Lee, The MITRE Corporation - USA

Will loves animals and works with kids. With his cat Rosie, they plan to dominate the world one day – think Pinky and the Brain!

For his day job, Will applies modeling and AI for applied research. Previously, Will has conducted research in scientific visualization at Sandia National Laboratories and Argonne National Laboratory. Funded by NASA, he led the development of Belief Nets for modeling emotions.

Since joining MITRE in 2009, Will has led software development teams, T&E tasks, analytical research, and prototype development for government sponsors including the Army, CMS, DHS, IARPA, & DARPA. Will is also partnering with faculty members at Howard University in D.C. to conduct outreach & research.