Discussants for the August 1, 2018 session include: 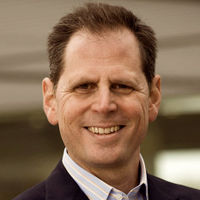 
Eric Beinhocker is a Professor of Public Policy Practice at the Blavatnik School of Government, University of Oxford. He is also the Executive Director of the Institute for New Economic Thinking at the University’s Oxford Martin School. INET Oxford is a research center devoted to applying leading-edge interdisciplinary approaches to economic theory and public policy practice. INET Oxford researchers are working on issues ranging from financial system stability, to innovation and growth, economic inequality, and environmental sustainability. Beinhocker is also an External Professor at the Santa Fe Institute. Prior to joining Oxford, Beinhocker had an 18-year career at McKinsey & Company where he was a partner and held leadership roles in McKinsey’s Strategy Practice, its Climate Change and Sustainability Practice, and the McKinsey Global Institute. 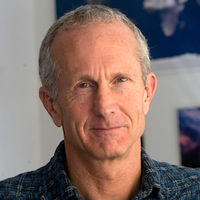 
Doyne Farmer's current research is in economics, including agent-based modeling, financial instability and technological progress. He was a founder of Prediction Company, a quantitative automated trading firm that was sold to the United Bank of Switzerland in 2006. His past research includes complex systems, dynamical systems theory, time series analysis and theoretical biology. During the eighties he was an Oppenheimer Fellow and the founder of the Complex Systems Group at Los Alamos National Laboratory. While a graduate student in the 70’s he built the first wearable digital computer, which was successfully used to predict the game of roulette.


Steen Rasmussen's main scientific effort is to explore, understand and construct minimal living processes through bottom up assembly of protocells in the lab and to explore the relationships between living processes and evolutionary learning in different systems. Another line of research is to explore how living and intelligent technologies increasingly transform society and what it means to be human. Due to these activities he has frequently consulted on science and technology issues for the European Commission, the Danish Parliament, the German Reichstag, and the US Congress.


Discussants for the August 8, 2018 session include:

‡ = invited as of April 22, not yet confirmed