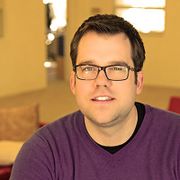 Chris Kempes' work generally focuses his on biological architecture—which may include phenomena ranging from explicit biological morphology to metabolic and genetic network structure—as an intermediate between organism physiology and environmental conditions. Mathematical and physical theories lie at the heart of his methodologies to predict how evolution has shaped architecture and how this, in turn, forms a foundation for reliable predictions of environmental response and interaction. His work spans the scales of genetic information architecture to the morphology of microbial individuals and communities to the regional variation of plant traits and their feedback with climate and available resources. In so doing, he aims to connect these first-order trends to the limitations imposed by environments in order to predict specific evolutionary events and consequences. Several collaborations with experimentalists and theorists have led to models that inform experiments and assimilate empirical data in fields including single-cell experimental biology and forest dynamics.