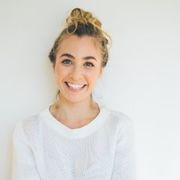 Rebecca is the Founder of Imbellus. Imbellus is a venture-backed technology company that is reinventing how we measure human potential. Imbellus has raised $4M from Upfront Ventures, Thrive Capital and Sound Ventures. Rebecca was an Entrepreneur In Residence at GLG from 2014-2016. Previously, Rebecca and her expert-network startup, BrightCo, joined GLG in the summer of 2014. Rebecca has spoken at several TEDx events, StartUp Iceland, Cisco Live, the Dell Social Innovation Summer Institute, the Nexus Global Youth Summit, the United Nations 11th Annual Day of Youth, and for teams at Coca-Cola and Red Bull. Rebecca was a Fellow at the 2013 Nantucket Project and serves on the World Economic Forum's Global Agenda Council on Humanitarian Response. Rebecca dropped out of Harvard College at the age of 19 and now lives in New York City and Los Angeles.