The Application of Platforms 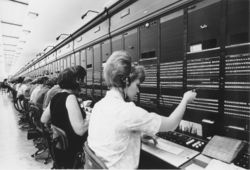 In August 2017, we held a successful Topical meeting on The Complexity of Platforms, co-hosted by Hewlett Packard Enterprise, which generated strong interest from both SFI scientists and ACtioN members. Among our researchers, sprung the realization that the science of platforms was underdeveloped but sorely needed. While participating ACtioN members expressed a strong desire for an opportunity to discuss their own platforms with SFI scientists and each other.

In the fourth week of August (2018), we will run two related ACtioN events on Platforms at SFI. First, from August 28 through August 30, we will run an ACtioN-sponsored scientific working group aimed at advancing our scientific understanding of platforms. In the middle of the working group (Wednesday, August 29), we will host an invertedACtioN Topical meeting on the Application of Platforms here. In this meeting, ACtioN members who design or run one of their organization's platforms will give a 20-minute presentation on their platform. This will be followed by a 20-minute discussion with the other participating ACtioN members and all the scientists participating in the working group. This meeting will not be recorded, but will instead adhere to a version of Chatham House Rules. An Intelligence Report will be written on the basis of the working group's conclusions. This Report will be made available to all ACtioN members.

Members whose organizations operate platforms are strongly encouraged to include individuals responsible for designing or running a platform among the representatives they send to this meeting. Members interested in presenting a platform in the meeting are encouraged to contact Francesca Moradi, action@santafe.edu, as soon as possible.