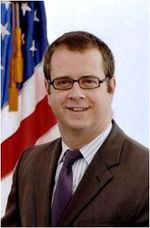 [1]
Niall Brennan is CMS’ Chief Data Officer and the Director of the Office of Enterprise Data and Analytics (OEDA). In this capacity, he oversees improvements in data collection and dissemination at CMS and efforts to help CMS better harness its vast data resources to drive higher quality, patient-centered care at a lower cost. Niall directs leading-edge research and analysis published by CMS, as well as efforts to make its considerable data sets available to external researchers seeking to promote better understanding of health care in the United States. He also manages CMS’ extensive data and information product portfolio. Prior to joining CMS, Niall worked at the Brookings Institution, the Medicare Payment Advisory Commission, the Congressional Budget Office, The Urban Institute, and Price WaterhouseCoopers. He is a graduate of University College Dublin, and earned a master’s degree in Public Policy from Georgetown University.