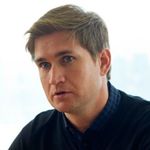 
Jose is an External Faculty Member at the Santa Fe Institute and a Professor of Sustainability at Arizona State University.