Over the last three decades Prof. Crutchfield has worked in the areas of nonlinear dynamics, solid-state physics, astrophysics, fluid mechanics, critical phenomena and phase transitions, chaos, and pattern formation. His current research interests center on computational mechanics, the physics of complexity, statistical inference for nonlinear processes, genetic algorithms, evolutionary theory, machine learning, quantum dynamics, and distributed intelligence. He has published over 110 papers in these areas, including the following recent, related publications. Most are available from his website: [[1]]. 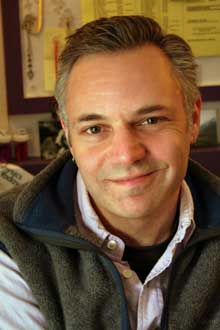