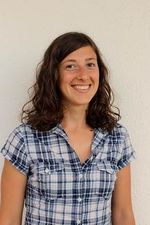 Caterina De Bacco, Postdoctoral Fellow, Santa Fe Institute
Caterina works with Professor Cris Moore on problems at the interface between computer science and statistical physics. Her research interests range from combinatorial optimization, inference, message passing and random walks on networks. She is interested in developing novel models and deriving fundamental limits to finding hidden structures behind noisy and incomplete datasets. Her approach combines Bayesian likelihood maximization with techniques borrowed from linear algebra such as low rank matrix approximation and non-negative tensor factorization. Applications range from clustering of sparse high dimensional data to community detection in networks with multiple types of edges. Starting from the theoretical findings, part of the challenge will be to develop efficient algorithmic ideas that are applicable to a broader range of problems and in different settings.

Gabby Beans, Manager of Online Education, Santa Fe Institute
Gabrielle came to Santa Fe in the Fall of 2013 and has settled in quickly, getting to know the local community, the hiking paths, and quirks of this beautiful city. She is excited to be at the helm of the Santa Fe Institute’s Complexity Explorer Online Education platform, helping to extend knowledge of complexity science worldwide. Previously she worked as a curriculum developer and facilitator with the Santa Fe Institute’s Project GUTS and was involved with the nationwide expansion of the middle school computational science program, in collaboration with Code.org. She also coordinated the Santa Fe Watershed Association’s Adopt the River program, getting the community involved with the restoration of the Santa Fe River. Before coming to Santa Fe Gabrielle lived in New Zealand, where she carried out her doctoral research on the genetics of ancient and modern Adélie penguin populations at Massey University. Prior to that, she studied the evolution of pit viper phospholipase venom genes at the University of Wales in Bangor, and she received her undergraduate degree in Biology at the University of Alicante in Spain. She is half Spanish and half American and fully bilingual and is an avid photographer in her spare time.

Gwen Warniment, Inquiry Science Education Consortium Program Director, Los Alamos National Laboratory Foundation
A native New Mexican, Gwen has worked for the LANL Foundation since 2013, first as ISEC Director of Professional Development & Evaluation before becoming Program Director. However, she has been associated with the Inquiry Science Education Consortium since its inception in 2010, having previously worked as a Science Literacy Coach for Santa Fe Public Schools. Gwen is a doctoral candidate in Curriculum and Instruction at New Mexico State University. She has taught in Oaxaca, MX, and for the Santa Fe and Los Alamos Public Schools. Gwen also currently teaches graduate-level education classes for New Mexico Highlands University. A teacher at heart, she strives to integrate teaching and learning into a dynamic, creative process that serves to enrich both the individual and the community. She resides in Santa Fe and is constantly inspired by her two sons. 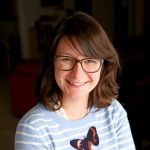 
Juniper Lovato has been a northern New Mexico resident her entire life. She currently works as the Director of Education at the Santa Fe Institute. At SFI she works across generations and geographical limits to make resources and knowledge on cutting edge complexity science more accessible to those with a hunger and curiosity for learning and exploration. Lovato received her Master’s Degree in the Western Classics from St. John’s College in 2013 where she completed a thesis on the nature of pleasure in Aristotle’s Nicomachean Ethics. She received a B.A. from the College of Santa in Business Administration and Political Science in 2009. Lovato likes to think of herself as an active community member. She holds Board positions at the Santa Fe Railyard Community Corporation, the Los Alamos National Laboratory Foundation, the Mandela International Magnet School, and is a member of the Santa Fe Public Education Department’s Digital Learning Advisory Committee. Juniper is also a founding member of MAKE Santa Fe, a new maker space in Santa Fe. 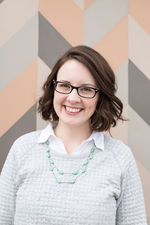 Nikki Pfarr, Design Researcher
Nikki Pfarr is a design researcher who specializes in helping product development teams combine insights from behavioral science with design thinking, to develop innovative products and services. She's supported innovation centers in companies like Google, Samsung, Microsoft, and T-Mobile, with an emphasis on projects related to education, healthcare, and productivity. Recent work has focused on the role of play in learning, incentive strategies to promote engagement in online programs, and how new technologies can enable social and emotional learning. Nikki received an SB in Comparative Media Studies from MIT, and an MDes from the IIT Institute of Design.