Judgment Under a Diversity of Timescales Speakers 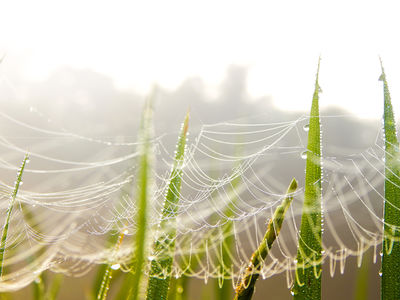 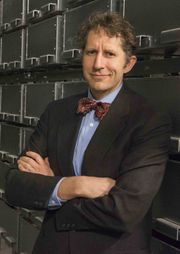 James Evans' research focuses on the collective system of thinking and knowing, ranging from the distribution of attention and intuition, the origin of ideas and shared habits of reasoning to processes of agreement (and dispute), accumulation of certainty (and doubt), and the texture—novelty, ambiguity, topology—of human understanding. James is especially interested in innovation—how new ideas and practices emerge—and the role that social and technical institutions (e.g., the Internet, markets, collaborations) play in collective cognition and discovery. Much of his work has focused on areas of modern science and technology, but he is also interested in other domains of knowledge—news, law, religion, gossip, hunches and historical modes of thinking and knowing. James supports the creation of novel observatories for human understanding and action through crowd sourcing, information extraction from text and images, and the use of distributed sensors (e.g., RFID tags, cell phones). He uses machine learning, generative modeling, social and semantic network representations to explore knowledge processes, scale up interpretive and field-methods, and create alternatives to current discovery regimes. His research is funded by the National Science Foundation, the National Institutes of Health, the Templeton Foundation and other sources, and has been published in Science, American Journal of Sociology, Social Studies of Science, Administrative Science Quarterly, PLoS Computational Biology and other journals. His work has also been featured in Nature, the Economist, Atlantic Monthly, Wired, NPR, BBC, El País, CNN and many other outlets.

At University of Chicago, James is the Director of Knowledge Lab, which has collaborative, granting and employment opportunities, as well as ongoing seminars. He also sponsors the Computational Social Science workshop (with John Brehm) and the Knowledge-Value workshop (with John Kelly) and co-organizes the Rational Choice workshop (with Gary Becker, Richard Posner & Glen Weyl). He teaches courses in the history of modern science, science studies, computational content analysis, and Internet and Society. Before Chicago, James received his doctorate in sociology from Stanford University, served as a research associate in the Negotiation, Organizations, and Markets group at Harvard Business School, started a private high school focused on project-based arts education, and completed a B. A. in Anthropology and Economics at Brigham Young University. 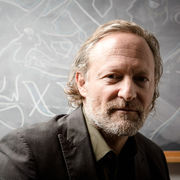 David Krakauer is the President and William H. Miller Professor of Complex Systems at the Santa Fe Institute. David’s research focuses on the evolutionary history of information processing mechanisms in biology and culture. This includes genetic, neural, linguistic and cultural mechanisms. The research spans multiple levels of organization, seeking analogous patterns and principles in genetics, cell biology, microbiology and in organismal behavior and society. At the cellular level David has been interested in molecular processes, which rely on volatile, error-prone, asynchronous, mechanisms, which can be used as a basis for decision making and patterning. David also investigates how signaling interactions at higher levels, including microbial and organismal, are used to coordinate complex life cycles and social systems, and under what conditions we observe the emergence of proto-grammars. Much of this work is motivated by the search for 'noisy-design' principles in biology and culture emerging through evolutionary dynamics that span hierarchical structures. Research projects includes work on the molecular logic of signaling pathways, the evolution of genome organization (redundancy, multiple encoding, quantization and compression), robust communication over networks, the evolution of distributed forms of biological information processing, dynamical memory systems, the logic of transmissible regulatory networks (such as virus life cycles) and the many ways in which organisms construct their environments (niche construction). Thinking about niche constructing niches provides us with a new perspective on the major evolutionary transitions. Many of these areas are characterized by the need to encode heritable information (genetic, epigenetic, auto-catalytic or linguistic) at distinct levels of biological organization, where selection pressures are often independent or in conflict. Furthermore, components are noisy and degrade and interactions are typically diffusively coupled. At each level David asks how information is acquired, stored, transmitted, replicated, transformed and robustly encoded. The big question that many are asking is what will evolutionary theory look like once it has become integrated with the sciences of adaptive information (information theory and computation), and of course, what will these sciences then look like? Krakauer was previously chair of the faculty and a resident professor and external professor at the Santa Fe Institute. A graduate of the University of London, where he went on to earn degrees in biology, and computer science. Dr. Krakauer received his D.Phil. in evolutionary theory from Oxford University in 1995. He remained at Oxford as a postdoctoral research fellow, and two years later was named a Wellcome Research Fellow in mathematical biology and lecturer at Pembroke College. In 1999, he accepted an appointment to the Institute for Advanced Study in Princeton and served as visiting professor of evolution at Princeton University. He moved on to the Santa Fe Institute as a professor three years later and was made faculty chair in 2009. Dr. Krakauer has been a visiting fellow at the Genomics Frontiers Institute at the University of Pennsylvania and a Sage Fellow at the Sage Center for the Study of the Mind at the University of Santa Barbara. In 2012 Dr. Krakauer was included in the Wired Magazine Smart List as one of 50 people "who will change the World." David Krakauer also served as the Director of the Wisconsin Institute for Discovery, the Co-Director of the Center for Complexity and Collective Computation, and was a Professor of Genetics at the University of Wisconsin, Madison.

Manfred Laubichler is a theoretical biologist and historian of science. His undergraduate training was in zoology, philosophy and mathematics at the University of Vienna (Austria) and his graduate training was in biology at Yale and in History/History of Science at Princeton. He is an external professor at the Santa Fe Institute and co-director of the ASU-SFI Center for Biosocial Complex Systems, an associate director of ASU's Origins Project, an adjunct scientist with the Marine Biological Laboratory at Woods Hole, MA, a visiting scholar at the Max Planck Institute for the History of Science in Berlin, Germany, Guest Professor at Leuphana University in Lüneburg, Germany, and on the external faculty of the KLI in Klosterneuburg, Austria. He is also an elected fellow of the American Association for the Advancement of Science and a fellow of the WIssenschaftskolleg zu Berlin. 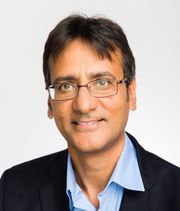 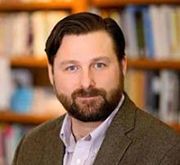 William Tracy is the Vice President for Strategic Partnerships at Santa Fe Institute. His academic work lies at the intersection of complex systems and strategic management, with a focus on how boundedly-rational actors approach novel problems. Will comes to SFI from Rensselaer Polytechnic Institute, where he was the undergraduate program director for the Lally School of Management and a faculty member. He is proficient in Mandarin Chinese, and formerly served as the Associate Director of CSSS-Beijing, which was jointly administered by SFI and the Institute of Theoretical Physics at the Chinese Academy of Sciences. Before entering academia, Will was a Junior Professional Associate at The World Bank, where he focused on Eastern Europe and Central Asia. Will also has private sector and entrepreneurial experience in the US, China, and India. He holds a Ph.D. in management with a certificate in human complex systems from UCLA, and a BA (cum laude) in economics from Swarthmore College.