Difference between revisions of "Earth 2100: Scenarios of Complex Futures Speakers" 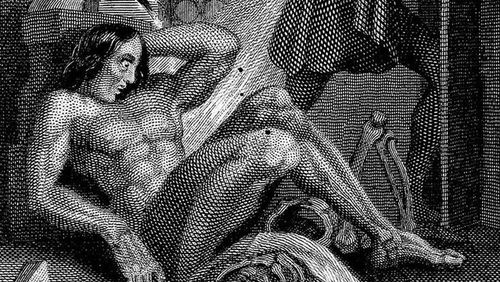 Please check back as more speaker bios will be posted periodically. 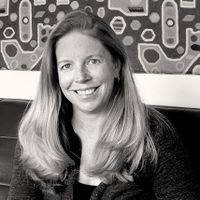 Jennifer Dunne is the Vice President for Science at the Santa Fe Institute, where she has been on the faculty since 2007. Jennifer received an A.B. from Harvard where she studied philosophy, an M.A. in Ecology and Systematic Biology from San Francisco State University, a Ph.D. in Energy and Resources from UC Berkeley, and an NSF Postdoctoral Fellowship in Biological Informatics. As Vice President for Science, Jennifer manages all science-related activities at SFI, including the resident and external faculty, postdoctoral programs, seminar series, scientific visitors, working groups and workshops, and sponsored research. Professor Dunne was named a Fellow of the Ecological Society of America in 2017.

Her publications have appeared in journals such as Proceedings of the National Academy of Sciences USA, Trends in Ecology and Evolution, PLoS Biology, Philosophical Transactions of the Royal Society B, Proceedings of the Royal Society B, Ecology Letters, Ecology, and Ecological Monographs. Her work has been covered in media outlets including Scientific American, Wired, SmartPlanet, ScienceNow, and Nature News. She has served as an editor at the Journal of Complex Networks, Ecology Letters, and Oikos, is a series editor for the Oxford Series in Ecology and Evolution, and is on the advisory board of the science and culture magazine Nautilus. 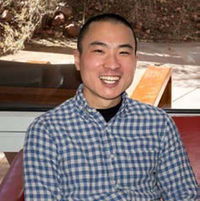 Albert Kao is currently a Baird Scholar and Omidyar Postdoctoral Fellow at the Santa Fe Institute. Prior to SFI, he spent three years at Harvard University as a James S. McDonnell postdoc fellow. He received his Ph.D. in 2015 from the Department of Ecology and Evolutionary Biology at Princeton University, under the supervision of Prof. Iain Couzin (now at the Max Planck Institute for Ornithology). He received his A.B. in Physics with an emphasis in Biophysics from Harvard College in 2007. Using a range of experimental and theoretical tools, he studies the mechanisms and adaptiveness of collective behavior across biological systems, including slime molds, fish schools, ant colonies, and human groups. 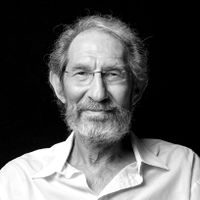 Geoffrey West is Distinguished Professor and former President of the Santa Fe Institute and Associate Senior Fellow of Oxford University’s Green-Templeton College. His BA is from Cambridge and his PhD from Stanford, where he later returned to join the faculty. West is a theoretical physicist whose primary interests have been in fundamental questions ranging from the elementary particles and their cosmological implications to universal scaling laws in biology and a quantitative science of cities, companies and global sustainability. His work is motivated by the search for “simplicity underlying complexity.” His research includes metabolism, growth, aging and lifespan, sleep, cancer and ecosystems, the dynamics of cities and companies, rates of growth and innovation, and the accelerating pace of life.

West has given many lectures world-wide including Davos and TED. Among his awards are the Mercer Prize from the Ecological Society of America, the Weldon Prize for Mathematical Biology, the Glenn Award for Aging Research and the Szilard Award from the American Physical Society. He has been featured in many publications world-wide including The New York Times, Financial Times, Wired, Time, The Economist, Nature and Science and participated in television productions including Nova, National Geographic and BBC. He is the author of the best-selling book Scale. His public service includes serving on the Council of the World Economic Forum. His work was selected as a breakthrough idea by the Harvard Business Review in 2006 and he was on Time magazine’s list of “100 Most Influential People in the World” in 2007. 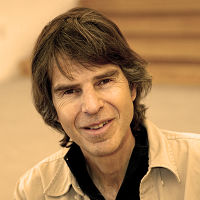 David Wolpert is a Professor at the Santa Fe Institute. Heis an IEEE fellow, is the author of three books and more than 200 papers, has three patents, is an associate editor at more than half a dozen journals, and has received numerous awards. He has more than 17,000 citations in a wide range of fields, including physics, machine learning, game theory, information theory, the thermodynamics of computation, and distributed optimization. In particular, his machine learning technique of stacking was instrumental in both winning entries for the Netflix competition, and his papers on the no free lunch theorems jointly have more than 7,000 citations. He is a world expert on using nonequilibrium statistical physics to analyze the thermodynamics of computing systems; extending game theory to model humans operating in complex engineered systems; exploiting machine learning to improve optimization; and Monte Carlo methods.

Previously he was the Ulam Scholar at the Center for Nonlinear Studies at Los Alamos National Laboratory, and before that he was at the NASA Ames Research Center and was a consulting professor at Stanford University, where he formed the Collective Intelligence Group. He has worked at IBM and at a data mining startup, and he is external faculty at numerous international institutions. His degrees in physics are from Princeton University and the University of California.