Difference between revisions of "Assessing the Promise of Artificial Intelligence Speakers" 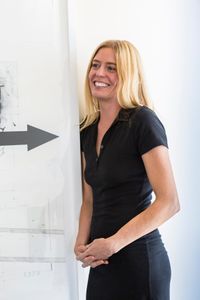 Jessica Flack is Professor at the Santa Fe Institute and Director of SFI's Collective Computation Group(C4). Research in C4 draws on evolutionary theory, cognitive neuroscience and behavior, statistical mechanics, information theory, dynamical systems and theoretical computer science to study the roles of information processing and collective computation in the emergence of robust structure and function in biological and social systems. Goals include identifying the computational principles that allow nature to overcome subjectivity due to information processing to produce ordered states and understanding why adaptive systems typically have many space and timescales. A central idea is noisy information processors construct their macroscopic worlds through collective coarse-graining in evolutionary and/or learning time. In other words, how the appropriate aggregation of information from individuals making decisions under uncertainty can produce good collective forecasts. Flack was previously founding director of University of Wisconsin-Madison's Center for Complexity and Collective Computation in the Wisconsin Institutes for Discovery. Flack's work has been covered by scientists and science journalists in many publications and media outlets, including the BBC, NPR, Nature, Science, The Economist, New Scientist, Current Biology, The Atlantic, and Quanta Magazine.

Michael Kearns is Professor in the Computer and Information Science Department at the University of Pennsylvania, where he holds the National Center Chair, and External Professor at the Santa Fe Institute. At the University of Pennsylvania, he has secondary appointments in the department of Economics, and in the departments of Statistics and Operations, Information and Decisions (OID) in the Wharton School. He is the Founding Director of the Warren Center for Network and Data Sciences, where the Co-Director is Rakesh Vohra. He is the faculty founder and former director of Penn Engineering's Networked and Social Systems Engineering (NETS) Program, whose current directors are Andreas Haeberlen and Aaron Roth. He is a faculty affiliate in Penn's Applied Math and Computational Science graduate program. Until July 2006 he was the co-director of Penn's interdisciplinary Institute for Research in Cognitive Science.

Along with Yuriy Nevmyvaka (with whom he has also collaborated on a number of papers on algorithmic trading), he leads applied research in the AI Center of Excellence at Morgan Stanley. 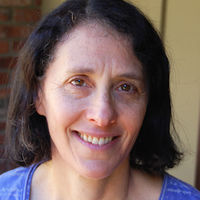 Melanie Mitchell is Professor of Computer Science at Portland State University, and External Professor and Co-Chair of the Science Board at the Santa Fe Institute. She attended Brown University, where she majored in mathematics and did research in astronomy, and the University of Michigan, where she received a Ph.D. in computer science. Her dissertation, in collaboration with her advisor Douglas Hofstadter, was the development of Copycat, a computer program that makes analogies.

Mitchell has held faculty or professional positions at the University of Michigan, the Santa Fe Institute, Los Alamos National Laboratory, the OGI School of Science and Engineering, and Portland State University. She is the author or editor of six books and numerous scholarly papers in the fields of artificial intelligence, cognitive science, and complex systems, including Complexity: A Guided Tour (Oxford, 2009), which won the 2010 Phi Beta Kappa Science Book Award. Her newest book is Artificial Intelligence: A Guide for Thinking Humans (Farrar, Straus, and Giroux, 2019).

Dan Rockmore is Neukom Director, William H. Neukom 1964 Distinguished Professor of Computational Science, Associate Dean of Science faculty at Dartmouth College, an External Professor at the Santa Fe Institute, and sits on its Science Steering Committee. Dan went to Dartmouth College in 1991, after completing his undergraduate work at Princeton University and earning his Ph.D. at Harvard University. In 1995, he was one of 15 scientists awarded a five-year Presidential Faculty Fellowship from the White House for excellence in education and research.