Complexity Science: Out of the Box Thinking for Tomorrow's World 2017 - Faculty 2017 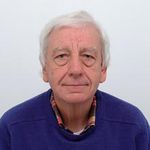 I have performed research on a broad spectrum of problems in theoretical physics. My focus has been on applications of quantum field theory in fields like high energy physics, condensed matter theory and the physics of the early universe. In particular I have been concerned with topological aspects of nonlinear systems, i.e. topological excitations like non abeleian vortices, domain walls, monopoles, skyrmions and instantons and their moduli spaces. I did pioneering research two dimensional systems which exhibit topological order leading to the existence of anyons which are particle like collective excitations which exhibit very exotic spin and braid statistics properties. These anyons allow for an implementation of quantum computation that is intrinsically decoherence free. This approach also allows new answers to conceptual questions about key systems like two dimensional quantum gravity and duality in supersymetric gauge theories. I wrote some popular books on science that have been translated in some 15 languages. 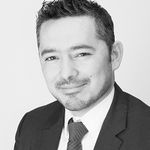 As a Program Developer, I am responsible for the content quality of leadership curricula. I translate relevant, current social developments into Comenius programming. Comenius invites you to reflect on your own leadership. Creates space for wonder, doubt and personal development. Feeds and inspires groundbreaking scientific insights. To this end, Comenius, in collaboration with leading international top universities and research centers, organizes curricula rooted in the academic tradition of research and dialogue.


Faculty: Out of the Box 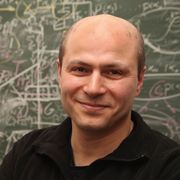 I studied mathematics and physics at the Ruhr University Bochum and received my Ph.D. in mathematics from the University of Leipzig in 2001. In 2003 and 2004 I was a postdoctoral fellow at the Santa Fe Institute (SFI) and at the Redwood Neuroscience Institute (now the Redwood Center for Theoretical Neuroscience at UC Berkeley). After my postdoctoral stay in the U.S. I became a faculty member of the Mathematical Institute of the Friedrich Alexander University in Erlangen where I earned my habilitation in mathematics. Since September 2005, I have worked at the Max Planck Institute for Mathematics in the Sciences in Leipzig where I am heading the Information Theory of Cognitive Systems research group. I am also affiliated with the University of Leipzig as Honorary Professor. In July 2014 I became a part-time resident Professor at SFI, spending time both in Santa Fe and Leipzig. 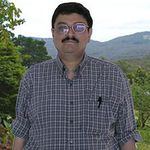 Tanmoy Bhattacharya, Ph.D., SFI Professor and TSM, Los Alamos National Laboratory, T-8. Dr. Bhattacharya attended the Indian Institute of Technology where he received a Bachelor of Science degree in 1982 and Master of Science degree in 1984. In 1989, Dr. Bhattacharya received his Doctorate of Philosophy in Physics from the Tata Institute of Fundamental Research. He then joined the Brookhaven National Laboratory at Brookhaven in Long Island as a postdoctoral fellow. After two years in Long Island, Dr. Bhattacharya moved to France to work at Service de Physique Theorique. In November 1992, he moved back to the United States to join the high-energy particle theory group at Los Alamos National Laboratory in New Mexico as a postdoc and in 1999 he became a regular staff member at Los Alamos Labs. Dr. Bhattacharya joined SFI as part time resident faculty in 2005. Dr. Bhattachary's research areas include: Physics of Complex Systems; Emergence and Innovation in Evolutionary Systems; Dynamics and Quantitative Studies of Human Behavior; and Emergence, Organization and Dynamics of Living Systems. 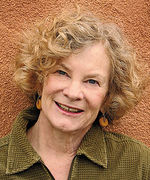 Ellen Bradbury-Reid moved to Los Alamos in the summer of 1944 when her father was hired by Norris Bradbury to work in the high explosives division. Reid recalls what it was like growing up as a child at Los Alamos and shares stories about her adventures into the Los Alamos hillside with her younger brother. She also shares memories of attending school in Los Alamos and discusses the diversity of the student body. Reid also recalls some of her encounters with famous scientists working on the atomic bomb, including J. Robert Oppenheimer and Edward Teller.

Mirta Galesic, Professor and Cowan Chair in Human Social Dynamics at the Santa Fe Institute, and Adjunct Researcher at the Center for Adaptive Behavior and Cognition at the Max Planck Institute for Human Development in Berlin, Germany.

She studies how simple cognitive mechanisms interact with properties of the external environment to produce seemingly complex social phenomena. In one line of research, she investigates how apparent cognitive biases in social judgments emerge as a product of the interplay of well-adapted minds and the statistical structure of social environments. In another, she studies how collective performance depend on the interaction of group decision strategies and network structures. A third line of research investigates opinion dynamics in real-world societies using cognitively-enriched models from statistical physics. And, she studies how people understand and cope with uncertainty and complexity inherent in many everyday decisions about health, financial, or environmental decisions.

TALK DESCRIPTION In the first part of the talk she will be describing findings from cognitive science about how people understand and cope with risks and uncertainties inherent in complex systems. In the second part she will talk about factors that promote or hinder ‘collective intelligence’, including group size, network structure, and decision-making rules. She will also present data on using collective intelligence to help predicting elections. 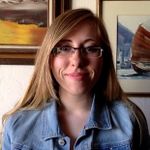 Emma Gould is a recent graduate of physics and computer science from Smith College. She is applying agent based modeling and machine vision for real-time emergency management applications. 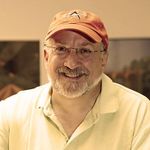 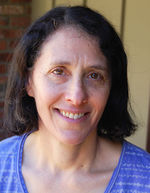 Melanie Mitchell is Professor of Computer Science at Portland State University, and External Professor and Member of the Science Board at the Santa Fe Institute. She attended Brown University, where she majored in mathematics and did research in astronomy, and the University of Michigan, where she received a Ph.D. in computer science, Her dissertation, in collaboration with her advisor Douglas Hofstadter, was the development of Copycat, a computer program that makes analogies. She has held faculty or professional positions at the University of Michigan, the Santa Fe Institute, Los Alamos National Laboratory, the OGI School of Science and Engineering, and Portland State University. She is the author or editor of five books and over 80 scholarly papers in the fields of artificial intelligence, cognitive science, and complex systems. Her most recent book, Complexity: A Guided Tour (Oxford, 2009), won the 2010 Phi Beta Kappa Science Book Award. It was also named by Amazon.com as one of the ten best science books of 2009, and was longlisted for the Royal Society's 2010 book prize. Melanie originated the Santa Fe Institute's Complexity Explorer project, which offers online courses and other educational resources related to the field of complex systems. 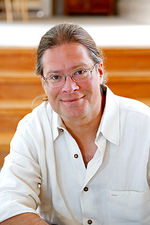 Cristopher Moore received his B.A. in Physics, Mathematics, and Integrated Science from Northwestern University, and his Ph.D. in Physics from Cornell. From 2000 to 2012 he was a professor at the University of New Mexico, with joint appointments in Computer Science and Physics. Since 2012, Moore has been a resident professor at the Santa Fe Institute; he has also held visiting positions at École Normale Superieure, École Polytechnique, Université Paris 7, École Normale Superieure de Lyon, the University of Michigan, and Northeastern University. He has written 150 papers at the boundary between physics and computer science, ranging from quantum computing, to phase transitions in NP-complete problems, to the theory of social networks and efficient algorithms for analyzing their structure. He is an elected Fellow of the American Physical Society and the American Mathematical Society. With Stephan Mertens, he is the author of The Nature of Computation from Oxford University Press. 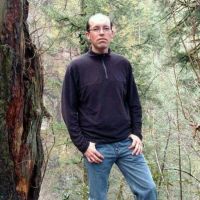 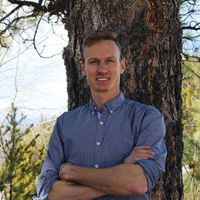 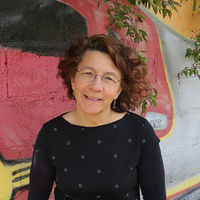 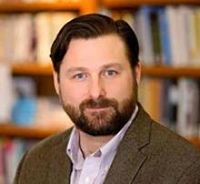